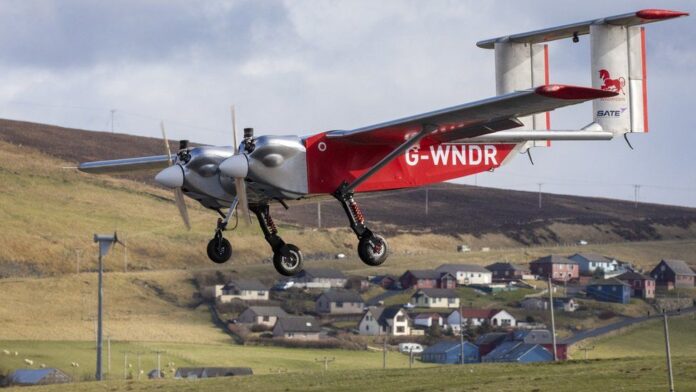 The Royal Mail is testing the use of drones for delivery, aiming to reduce carbon emissions by using them to transport the mail to rural communities. The drones look like small airplanes and can even steer themselves, according to Chris Paxton, head of the drone trials at the Royal Mail. These unmanned aircraft are still awaiting approval from the Civil Aviation Authority, which will determine whether they can become a permanent part of the Royal Mail’s delivery services. However, even if the trials are successful, the drones could be used in more urban areas, including city areas, to deliver packages.

The Royal Mail has announced that it is testing a fleet of 500 drones for carrying mail. The drones look like small planes that can navigate by themselves. The drones are aimed at delivering mail to areas that currently rely on aircraft or ferries, which can cause delays and create carbon emissions. They would also fly on pre-programmed routes. A safety pilot would take control of the drone if something went wrong.

While traditional aircraft face a number of challenges, drones don’t have these issues. They can take off and land on flat surfaces and fly in poor weather. Even in fog and rain, drones have been used for mail delivery. Royal Mail has tested four pilot schemes using drones. The last trial carried mail 50 miles between airports. While these new routes require the permission of the Civil Aviation Authority (CAA), the service could soon be available to all postal services.

Last year, the Royal Mail began testing drones in remote islands such as Unst, Britain’s most northerly island. The drones can carry up to 100 kilograms of mail on each trip. It can also fly 50 miles each way. Once the drone has finished its delivery, postal workers will then collect the mail and parcels. Eventually, the service will make it to remote communities with no access to roads or trains.

In an effort to reduce carbon emissions and improve the delivery time for mail-in rural communities, the Royal Post has revealed ambitious plans to create a fleet of 500 postal drones. Over the next three years, the postal service plans to launch over 50 new routes for postal drones and deploy as many as 200 of them. Windracers, a logistics drone company based in London, has partnered with the Royal Mail on this initiative.

The new fleet of autonomous drones will have a range of up to 621 miles and can carry up to 200 pounds of mail. They are designed to work in the middle mile, so they aren’t as big of a carbon footprint as conventional mail vans. The mail service hopes to deploy 500 drones in the UK over the next three years. However, before these unmanned aerial vehicles can be deployed, they will need to receive approval from the Civil Aviation Authority.

To make these deliveries possible, the postal service says it must be fully integrated with other aircraft and other transport modes. That means they must be able to fly alongside military fast jets or parachutists. The CAA has published a roadmap for the use of drones. Although the services are still in the early stages, this is a significant milestone for the postal service.

In the near future, the UK postal service aims to launch 50 drone routes. If the proposal is approved by the Civil Aviation Authority, Royal Mail will purchase 200 autonomous drones from logistics drone company Windracers and launch them on these routes. The drones would fly to remote communities such as the Isles of Scilly, the Shetland Islands, and the Orkney Islands.

Amazon Prime Air was launched in 2016 to test delivery drones

The Royal Mail is developing a fleet of 500 drones to deliver mail to remote areas of the UK. In the last 18 months, it has conducted four trials. The latest drone flight traveled 50 miles between airports in the Isle of Mull and the Isle of Scilly. It is capable of flying through difficult weather conditions and has an impressive wingspan of over 30 feet. Once it has dropped off a package, a postal worker can retrieve it.

The Royal Mail has already unveiled teasers for a fleet of 500 drones, which will operate in 50 routes. In the future, the company plans to deploy these aircraft to remote communities, including the remote Highlands, Islands, and Scottish Highlands. The aim is to reduce emissions and improve service to rural communities by using drones. In order for this to happen, it will need to receive CAA approval.

Meanwhile, the company Skyports has begun using its autonomous flying robots to carry medical supplies between hospitals and clinics. This project also hopes to develop a delivery service using land-based robots. These six-wheeled ‘ground drones’ have GPS navigation and are connected to the internet. They can reach remote areas in five to 30 minutes and can make local deliveries. Other companies are exploring the last mile as well, including self-driving vehicles.

To get the most efficient delivery service, the Royal Post will have to secure 50 new postal drone routes and deploy 200 drones. However, this initiative is still in its early stages, and will be dependent on the Civil Aviation Authority (CAA).